Creating most unforgettable safaris to Botswana since 1996.

All packages are price guaranteed. This means that valued Secrets VIP guests are 100% sure of the very best rates at the time of making a reservation.

Escape, with a Secrets VIP special offer to this remarkable destination and be blown away......"a truly exceptional experience"

Trust the safari experts who guarantee the best special discounted rates and tailor-made Safari Packages to these luxury lodges. Secrets VIP specialize in the Okavango Delta, Moremi and Savute private game reserves. Do your price comparison with us today.

Answer the call of the wild. Canoe the waters of the Okavango Delta in Botswana, soar above the floodplains or rumble across the savannah. Let Secrets VIP taake you to our selected luxury lodges in the heart of  beautiful Botswana.

Within the larger UNESCO listed Okavango Delta Game Reserve, Moremi covers about 40% of the Okavango. The Moremi and the Okavango Delta is one of the few interior delta systems that do not directly flow into the ocean. The annual flood makes for a spectacular interaction between water and wildlife, as animals synchronize their cycles with this seasonal flood. Discover a unique land while staying in one of the intimate lodges in the Moremi and let the river take you on an adventure.

The Okavango River acts as the lifeline of the Okavango Delta and the Moremi Game Reserve. Coming all the way from the Angola Mountains, 1.600 kilometers further west, it flows deep into Botswana, seeking the Indian Ocean. Luckily for the wildlife in Botswana, these fresh, clear waters never actually find the ocean, as they sink in the dry sand of the Kalahari Desert. But, before that happens, it creates the largest oasis in Africa.

The Moremi Game Reserve protects the central and eastern areas of the Okavango Delta. By combining drier areas and waterways, the contrasts are astonishing. Imagine views of savannah game as well as birdlife around the rivers, or elephants and hippos splashing in the lagoons.

Besides the Big Five, (Lion, Leopard, Elephant, Buffalo and Rhino) you will also find a large variety of ever-elegant antelopes and Springbok, Tsessebe, Impala and the rare Red Lechwe are often spotted. You might even be lucky enough see a Puku or the evasive Sitatunga.

Predators dominating the Moremi Game Reserve are Lion, Leopard, Cheetah, Wild Dog and Hyena. Large herds of Elephants and Buffalo also roam the areas, seeking water and refreshment. Unfortunately, the Rhino population has been decimated but is slowly recovering.

There are also over 560 recorded bird species. Whether in the swamp, open water, forest or drier areas, you will spot different species of local (and endemic) birds and many migrants from Europe and North Africa.

"Africa’s ultimate water-focused safari"
Discover a modern, sophisticated sanctuary on a private island at the heart of the Okavango Delta

Belmond Eagle Island Lodge brings timeless luxury to the Botswana wetlands. High-ceilinged tented rooms flood with light; each has a plunge pool and oversized bed with views of the Delta. Get closer to the wildlife of this UNESCO World Heritage Site—silently glide past hippos in a traditional canoe as fish eagles soar overhead.

The inviting tented rooms at Belmond Khwai River Lodge feature panoramic private decks. They’re the perfect theatre from which to enjoy the drama of the wild. After a day spent in the savannah, unwind in the tranquil pool or share stories by the fire. Want a massage on your private deck? All you have to do is ask.

Chobe National Park is Botswana's first national park, and also the most biologically diverse. Located in the north of the country, it is Botswana's third largest park, after Central Kalahari Game Reserve and Gemsbok National Park, and has one of the greatest concentrations of game in all of Africa.

The park is noted for having a population of lions which prey on African elephants, mostly calves or juveniles, but even sub-adults.

The park is also widely known for its large elephant population, estimated to be around 50,000. Elephants living here are Kalahari elephants, the largest of all known elephant populations. They are characterized by rather brittle ivory and short tusks, perhaps due to calcium deficiency in the soils. In dry season, these elephants sojourn in the Chobe and the Linyanti rivers.

The Savuti Marsh area, 10,878 km2 large, constitutes the western stretch of the park and is the relic of a large inland lake whose water supply was cut a long time ago by tectonic movements. Nowadays the marsh is fed by the erratic Savuti Channel, which dries up for long periods then curiously flows again. As a result of this variable flow, there are hundreds of dead trees along the channel's bank. The region is also covered with extensive savannah and rolling grasslands. Besides the Big 5, the rich birdlife of the park (more than 450 species) is an ornithologist's dream.

Large prides of Lion and ever-present hyenas are common sightings during the annual migration of zebras.

"A timeless explorer’s lodge that beats with the pulse of wild Africa"
Beside the mysterious Savute Channel, this tented oasis is the perfect base to discover the wonders of Chobe National Park.

Breathlessly captivating, this corner of Botswana has long been associated with the world’s greatest explorers, including David Livingstone. Follow in their footsteps at Belmond Savute Elephant Lodge. Head out to our unique viewing hide at dusk or dawn, overlooking the watering hole, and see elephants, hyenas and cheetahs in their element. Then find a serene welcome back at the lodge. The contemporary interiors reflect the earthy tones of the wilderness, while eco-friendly design features keep you in harmony with the stunning landscape. 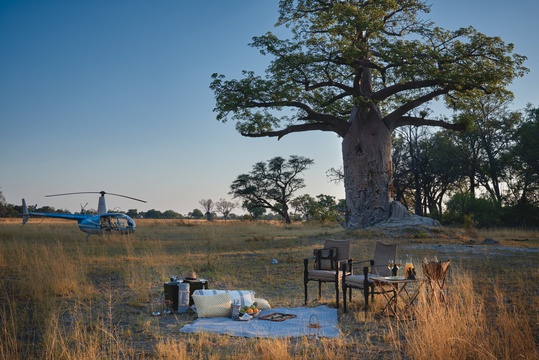 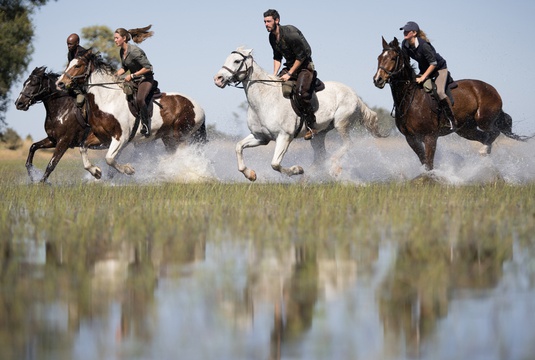 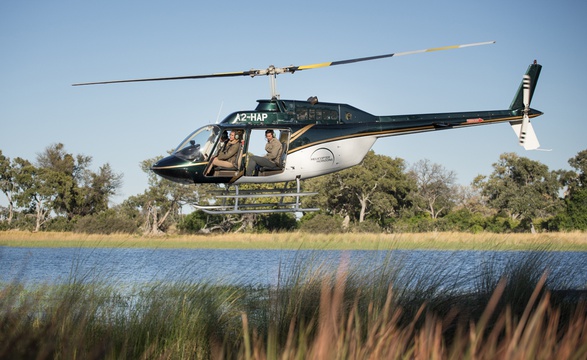 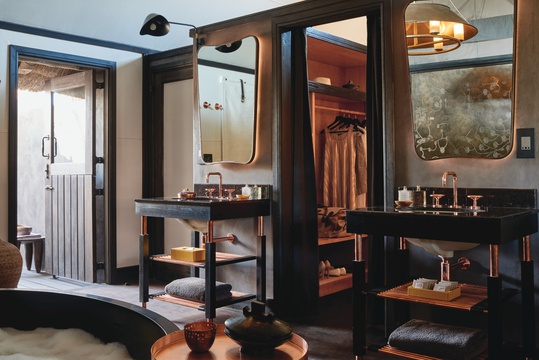 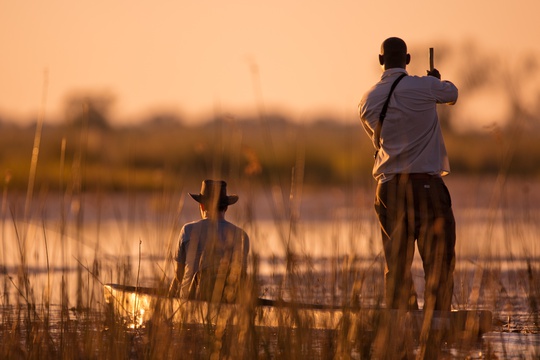 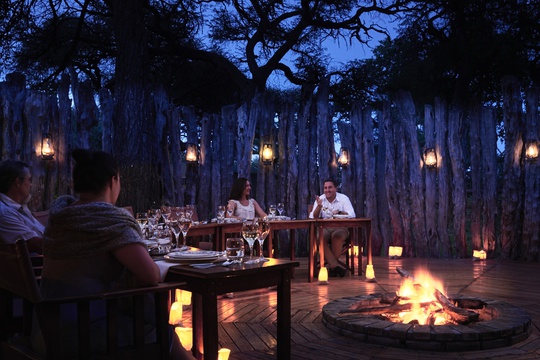 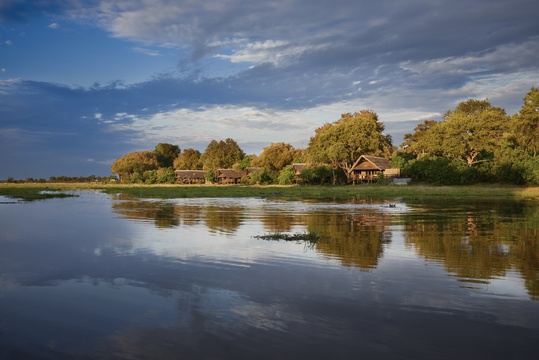 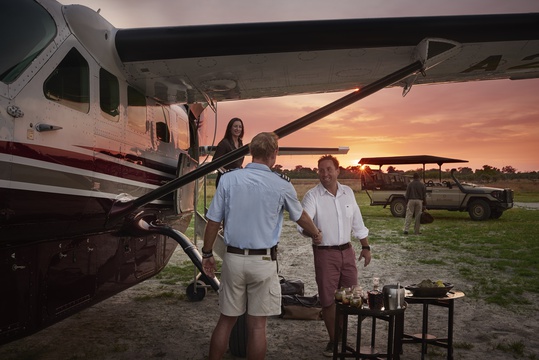 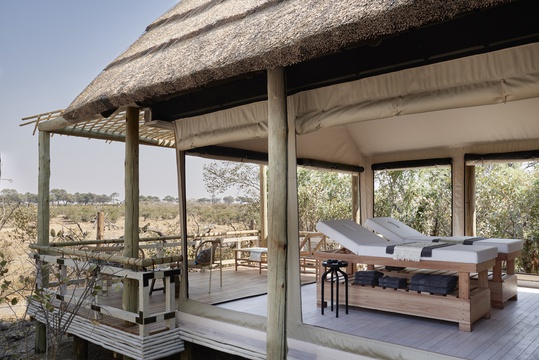 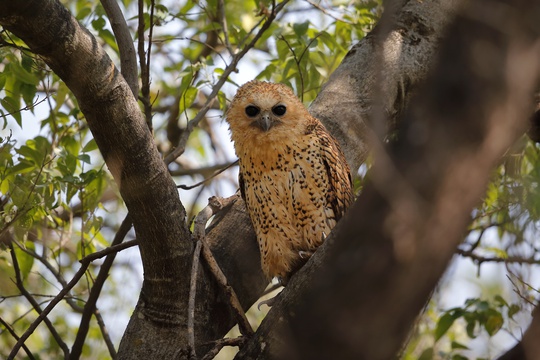 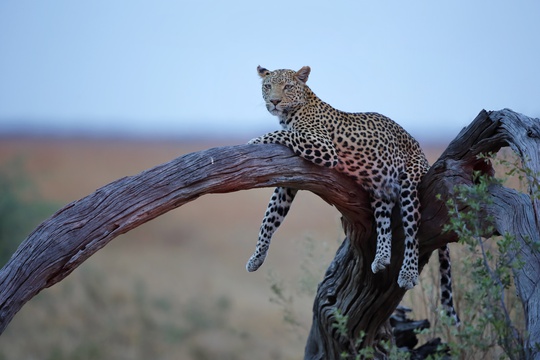 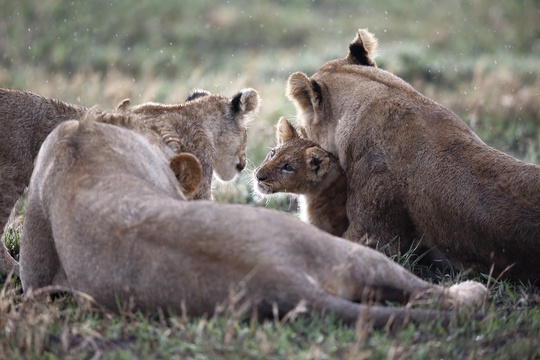 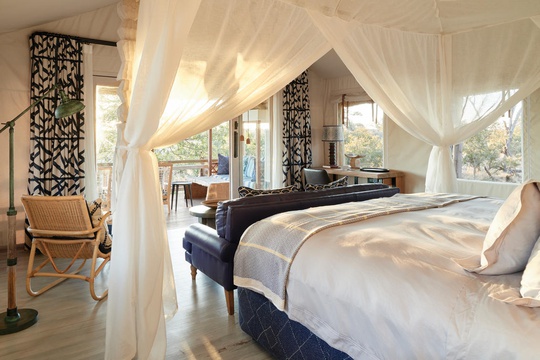